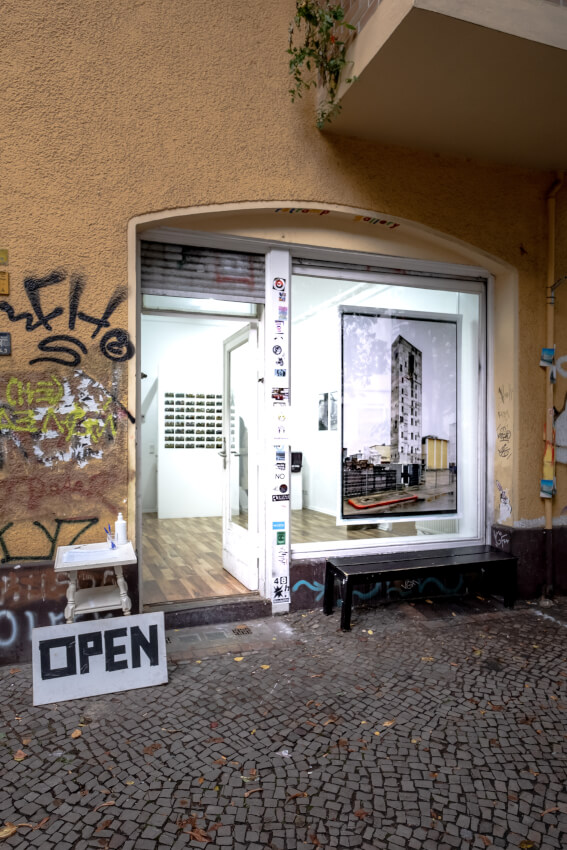 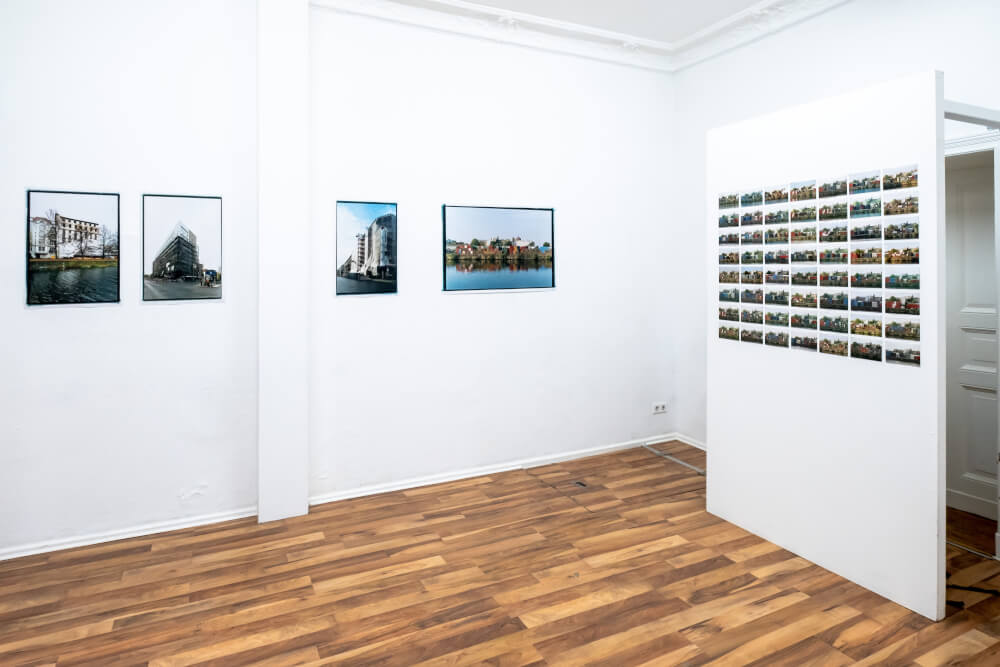 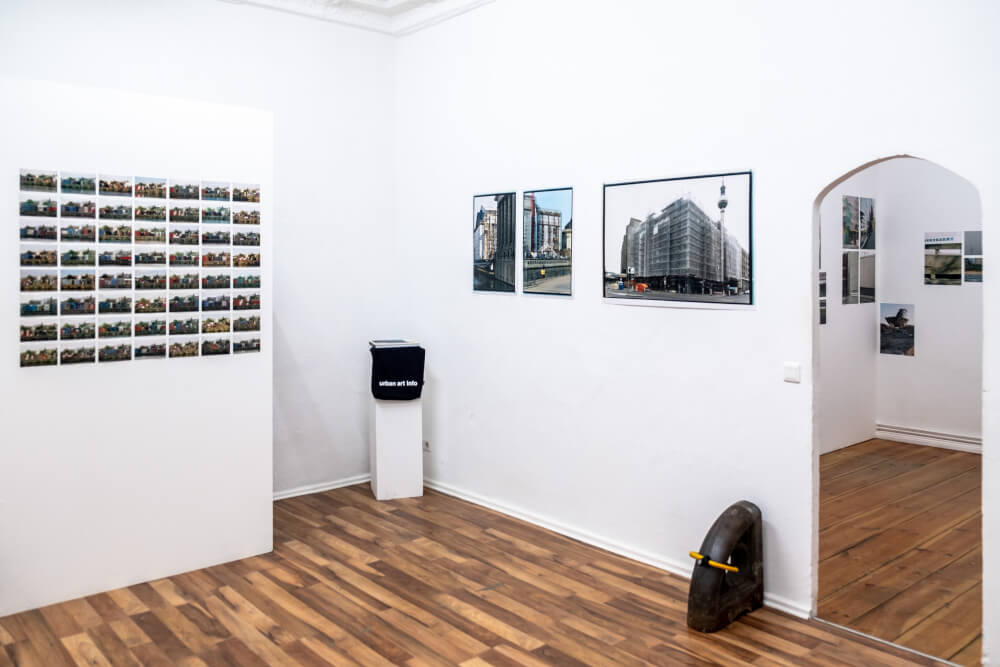 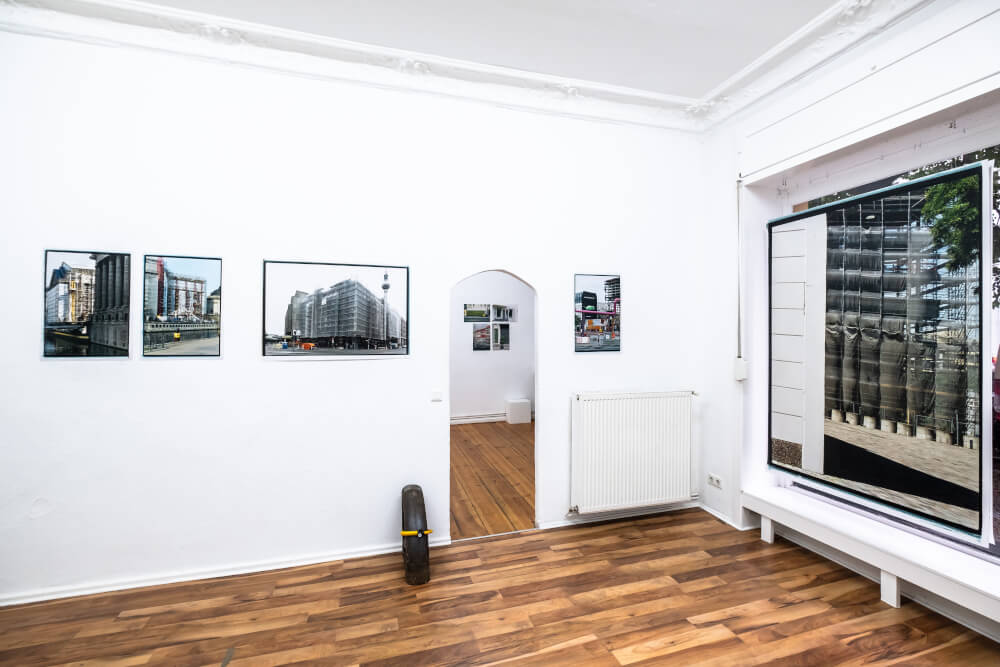 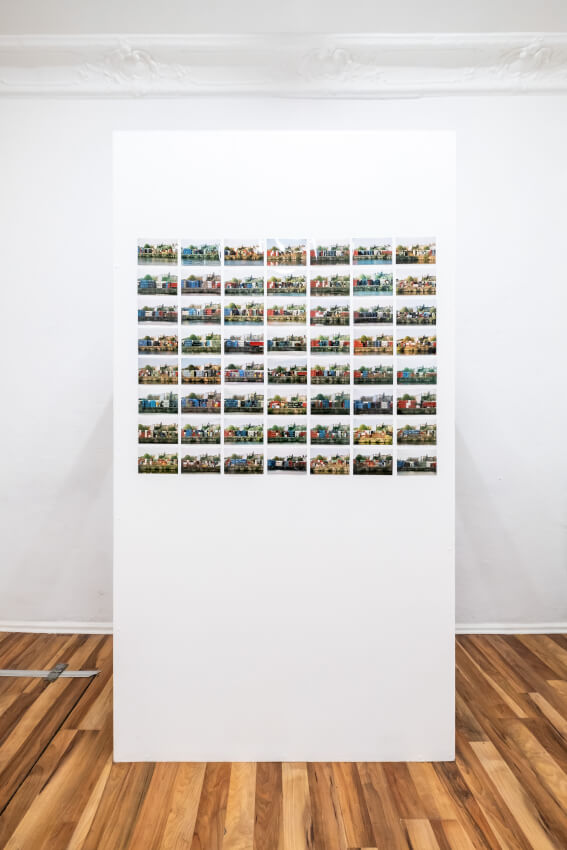 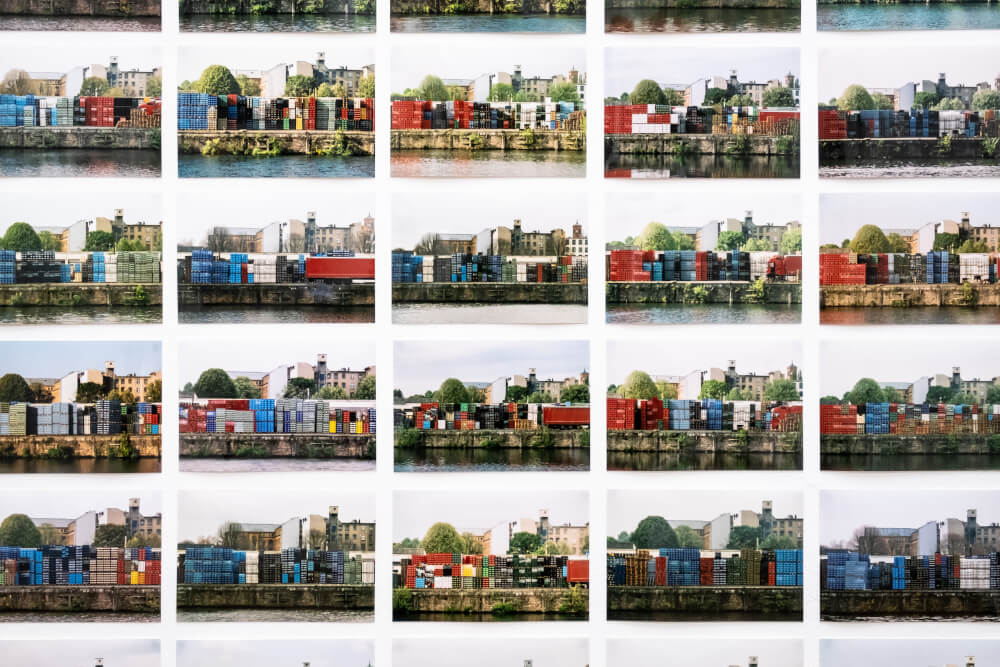 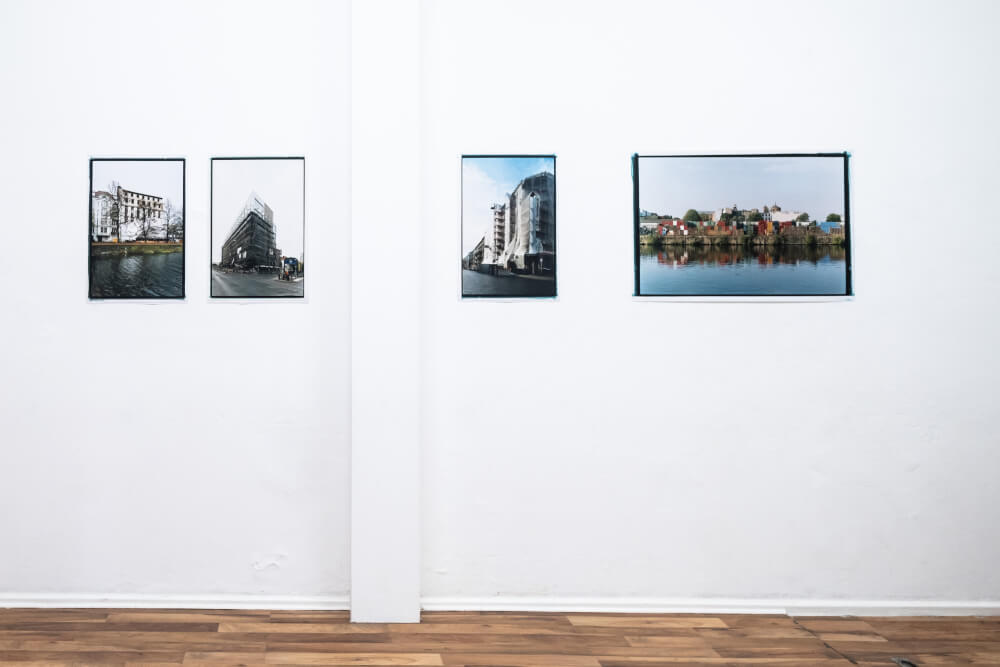 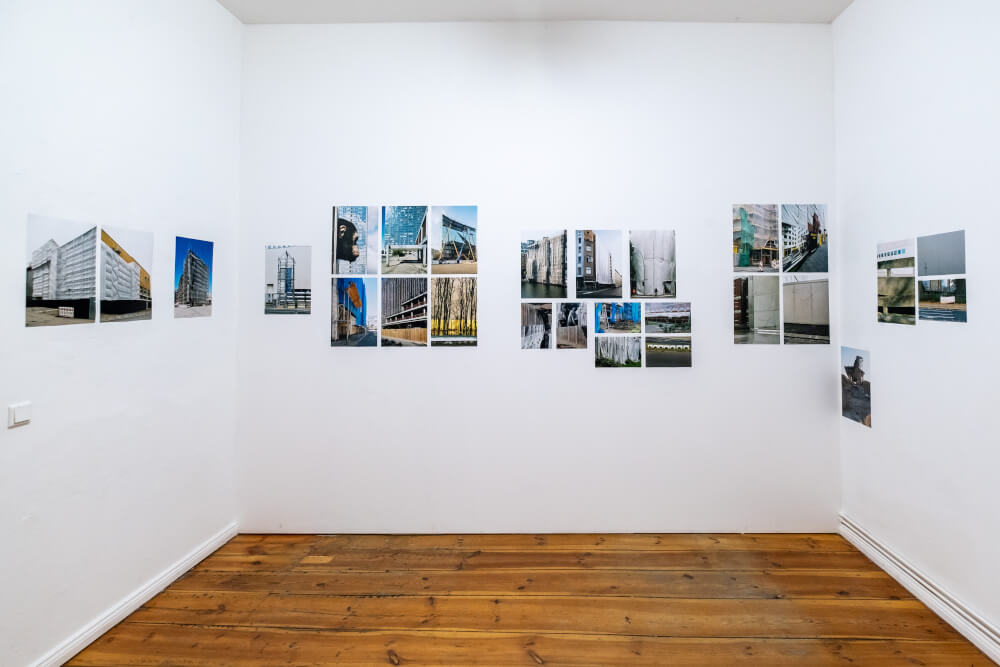 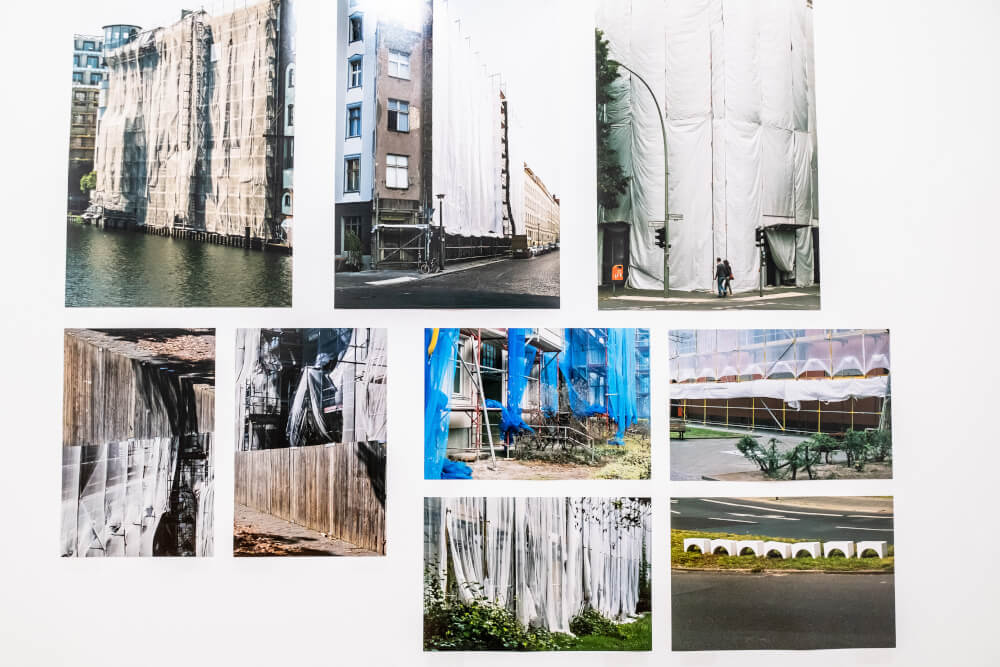 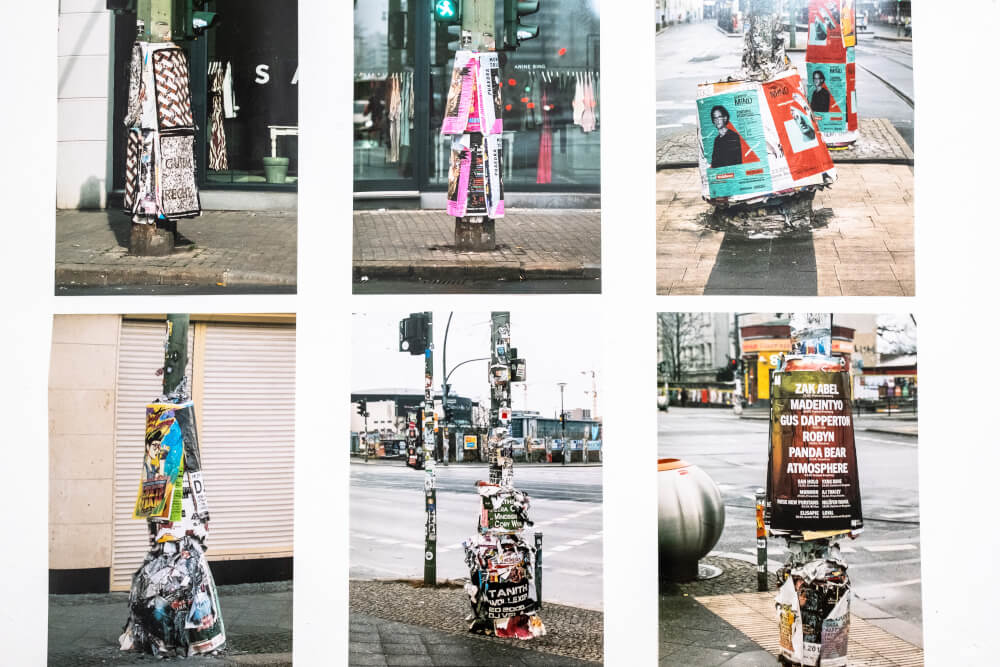 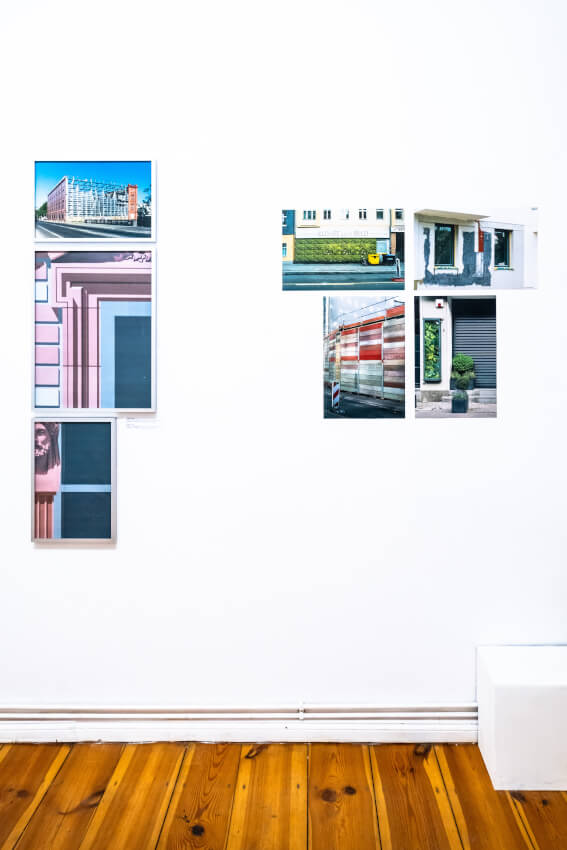 based urban photographer Jürgen Große from October 2 to October 25, 2020 on the

occasion of the European Month of Photography 2020.

Berlin, located in the center of Europe, has been growing and changing faster than any

other European city, especially since the fall of the Berlin Wall. Whether through new

constructions or renovations: construction sites are a part of Berlin’s identity. The

Berliner photographer Jürgen Große has been documenting the urban development of

Berlin with his analog camera for over 30 years. Though not defined as architectural

photography, Große’s work deals with architecture in its own terms, for example by

capturing the optical changes during phases of construction. In addition, the

photographer repeatedly deals with other random forms and structures of urban space,

as well as with “found objects” on the street. All of his photographic motifs have a life of

their own; they are structures of chance created by human hands, mostly unintentional

forms that are constantly in flux, photographically captured by Große in a certain state

and with a defined aesthetic.

His series of building facades captures dust nets, gauze and tarpaulins on the

scaffolding and its own process of change which, among other less predictable things,

is caused by both construction work and weather influences.

Große discovers on the street and on construction sites. Raised to a nobility, these

objects are connected to selected places by a yellow padlock on street posts.

Berlin, multiplying on columns and pillars every hour and thus swelling in size until they

can be considered sculptural objects, eventually removed by the city when they grow

In addition, Jürgen Große has been photographing a beverage warehouse and the

several years. The constantly changing arrangement of the stacked boxes results in

• Born, raised and lives in Berlin, a city which has a big influence on his

• Works with a small analog camera, catches urban landscapes and their

• Motifs are mainly snapshots of unauthorised and accidental structures

• Photography that stops being a document and becomes an autonomous artistic 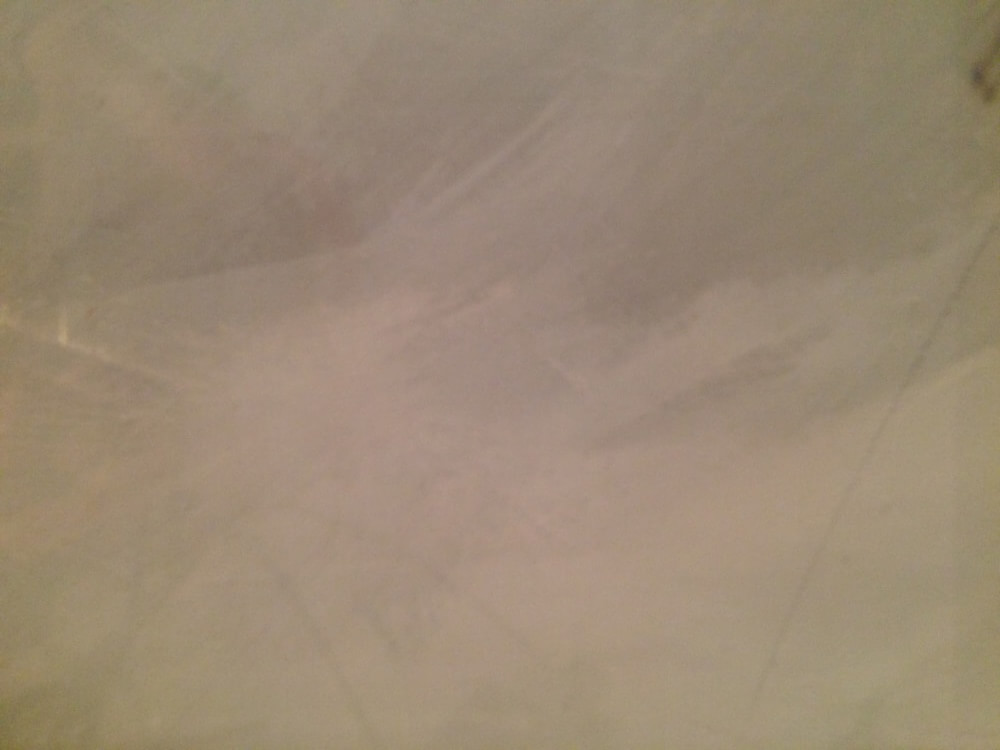